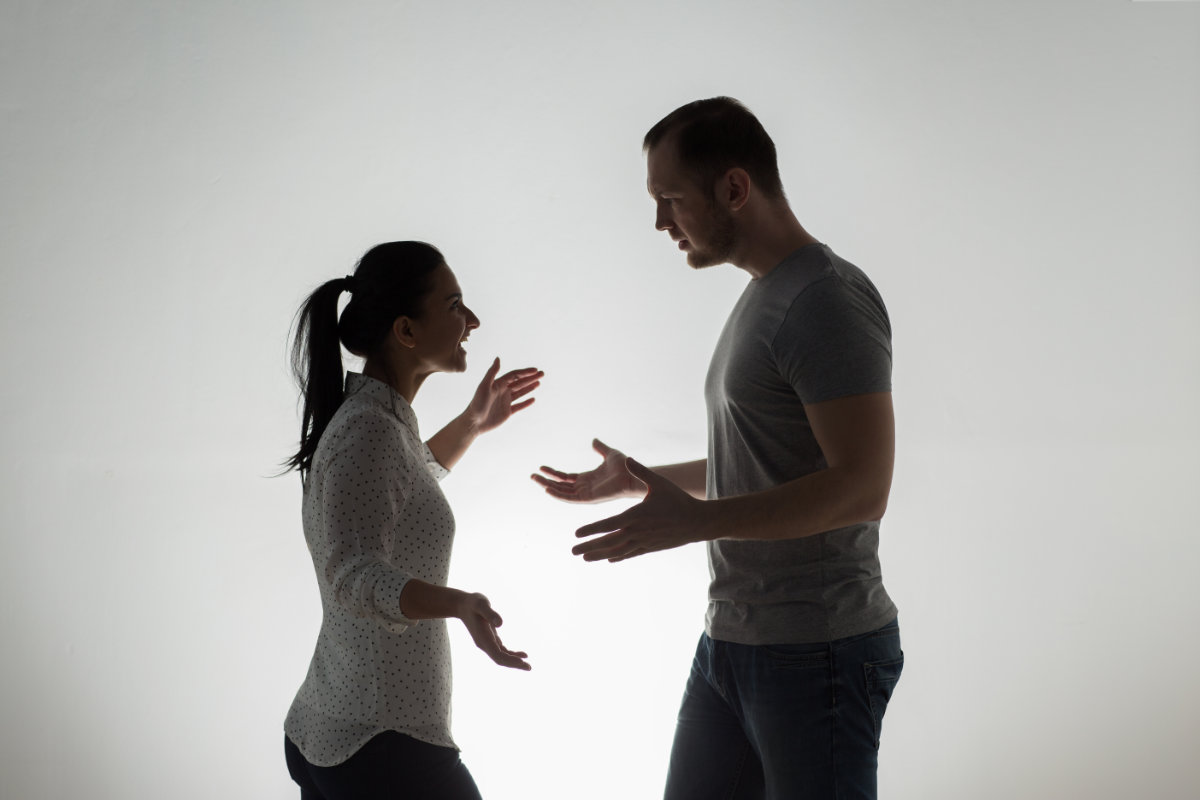 Jim and Sally have been married for 10 years. They argue so much that friends invite them for dinner a lot because they provide the evening’s entertainment with their bickering and constant conflict. Their arguments are over many of the same issues over and over again. They just seem to trigger angry responses in each other and it is never ending. Watching them reminds one of seven year olds fighting in the sand box.

If you took a picture snapshot at any point in time you might think that one of them is the culprit starting the fights. But, taking a snapshot at another point in time might give you a different impression, as you observe the “victim” actually now provoking their partner.

Truth is, they are in a strange, intimate dance with each other even though they probably don’t realize it. Psychologists might say that we are observing the battle of part of the brain called the amygdala, an almond-shaped structure in the limbic system. It is in the amygdala that hurts, pain and anger are stored. Its purpose is to protect you from harm, even though the threat is not physical but the verbal assaults of your partner. So, it immediately prepares you for fight and survival. You are programmed to attack back,to protect yourself.You are reacting on a nervous system level but may not be aware of this fact. It happens so rapidly that things can spin out of control before you know it. And the anger dance begins.

The “Issue” Is Not The Only Issue
It may appear that you are fighting over the kids,who should do the dishes, or how much money you should spend on a new car. But you are also fighting on deeper levels often without your awareness. My experience with many scores of couples is that you are really fighting because you are triggering in each other old ways of feeling or behaving toward someone you love which you learned as a child from caretakers or others. Under stress, your brain reverts back to that earlier learning, never mind that you are now an adult professional, a responsible community member, and a parent. So, instead of being a reasonable human being, you become that petulant child who is not getting his way, you grind on your partner over minor infractions to wear him or her down (just like you wore down your parents), or you openly rebel to communicate feeling hurt and rejection.

In the heat of battle. many partners forget to pay attention to the damage they may be doing to the relationship itself in how they are fighting or arguing. They focus on winning the battle, but lose sight that they may be losing the war. What good is winning the argument if you are pissed at each other afterward or experiencing feelings of hurt for days or weeks? Successful couples broaden their lens and see that they must always be aware of how what they do or what they say will affect the relationship itself. Successful partners know that even if they conflict or disagree with the benefits of softening your water, they have each other’s back and they feel secure in knowing that they will be there for each other, regardless of the outcome of the specific argument.

<strongThe Dance of Security
Feeling secure in a relationship seems to be a basic human need. Secure functioning should be a major goal of any intimate connection. When there is secure functioning, partners protect each other at all times, in both public and private. They notice how they are affecting each other. When they emotionally injure each other, they know how to make quick repairs. Secure functioning partners are skilled at being able to quickly change their own emotional state and positively influence the emotional state of their partner. They think in terms of what is best for both of them not only as individuals but also as a couple.

Problem is, partners often come into relationships with different styles of feeling secure. This is because of different backgrounds and different ways of learning how to “attach” to loved ones. Unless partners learn to deal with each other’s styles of attachment, they will trigger INSECURITY in each other which often leads to anger and other negative emotions.
Jim, for instance , doesn’t believe in talking in public about personal things; he believes in strict boundaries. He is self-contained and doesn’t turn to others for emotional support or problem-solving. Sally, on the other hand, loves to talk and to share everything with everybody, especially after a few glasses of wine. Talking and getting feedback from others helps to regulate her emotions and feel good and connected with others. She firmly believes that Jim should love her no matter how she behaves in public; if he shows disapproval, this means he doesn’t really love her (in her thoughts). She doesn’t see that she is doing anything wrong.

Clearly, they are working against each other. That which reduces her anxiety, increases his, and vice versa. She becomes more and more angry and resentful as he pulls away and increasingly avoids her. He doesn’t deal with anger directly, so he starts to “passive-aggress” her by snipping,jabbing, innuendo and sarcasm. She fights back by denying him sex later that night. He complains. The next day she accuses him of not loving her for her and says that he is emotionally unavailable and she can’t stand it any longer. The dance is on but it is anything but a fluid tango….it is more like a war dance.

Putting the Pieces Together
Partners come in all sizes and shapes emotionally, many with ragged edges which we sometimes don’t see until later when the dating hormones settle down. At this stage, sometimes partners worry they are fundamentally incompatible with each other, that they may have made a mistake or that they were deceived by the other who is now clearly showing a different side to their personality. In couples therapy, we explain to the partners that they are probably going through a developmental period in which they are challenged to learn how to function as individual yet learn to do things differently so as not to trigger insecurity and anger in the other.

The simplified principle is this: Instead of trying to change your partner,find a way to give your partner what they need so they will be more motivated and eager to give you what you need. Both of you will feel more secure and will co-create what Dr. Stan Tatkin calls “the couple bubble.”

In our case example, Sally and Jim both have hard-wired (and different) styles of attachment and ways of regulating their emotions to feel comfortable. It is highly unlikely that either can change this. They can greatly decrease their levels of conflict, however, by accepting the differences between them and doing things to make the other more emotionally secure. Each needs to ask himself/herself what they are doing to make their partner feel better, not worse. They need to further ask themselves why they are doing things (like bringing up personal marriage thing in public) that they know emotionally (and socially) harms their partner. Or why Jim doesn’t share more with Sally when he knows that she needs this to feel secure inside and feel loved.
If we love someone, shouldn’t job number one be to try to make them happy (within reason) and be a source of need satisfaction for them (as long as it is reciprocal and we are getting it back)?