Home | How To Deal With a Passive-Aggressive Partner 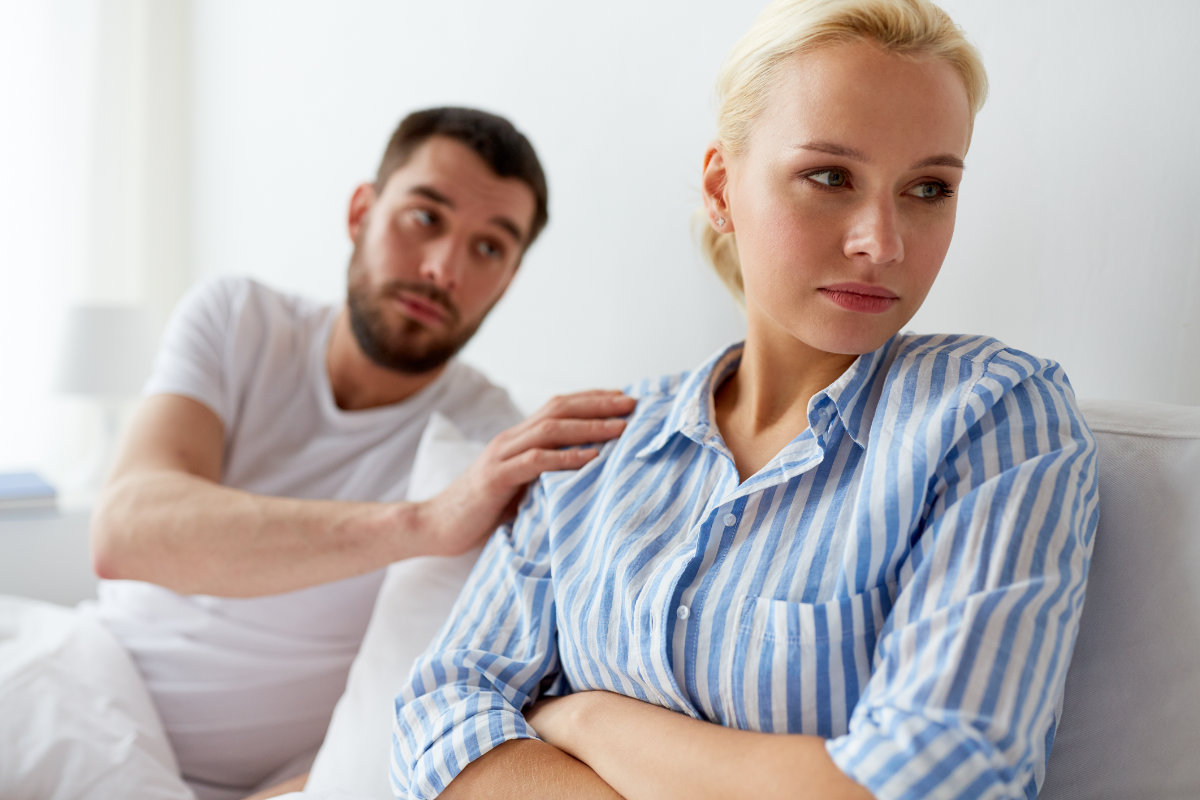 HOW TO DEAL WITH A PASSIVE AGGRESSIVE PARTNER

Husband- When I got mad at you, you never fight back, How do you control your anger?
Wife- I clean the toilet.
Husband-How does that help?
Wife- I use your toothbrush

As this little vignette illustrates, passive-aggression is a way to get even at someone behind their back, often without their even knowing that you are doing it. It is sneaky revenge to get your own way, to serve a â€œpay-back,â€ or to sabotage the efforts of your partner when appearing to want to help, cooperate, or solve the problem.

Agreeing to do something and then either not doing it at all, doing it poorly, doing it grudgingly.

Keeping score and then doing small things to your partner to balance the score card.

Constantly being late- but only with partner and always with a good excuse.

Withholding things (money, sex, affection, support)that they need to purposely frustrate your partner or to even a score.

Hiding hostility in jokes or sarcasm, then denying that is what you are doing when confronted. For instance, disparaging your partner’s cooking ability to cause hurt, then saying “I was just kidding”.

Allowing your child to do something or buying something for your child behind your partner’s back which violates an agreement or understanding you had..

Not sticking to the budget behind your partner’s back, or not even having a budget when budgeting is important to your partner.

Does your partner know they are doing these things?
Sometimes your passive aggressive partner knows what they are doing- that is, they are doing it on purpose. They are snakes in sheep’s clothing. They want to get even with you so they smile while stabbing you in the back. Or they become catty or sarcastic, sending you double-meaning messages that you can’t comply with or make you feel helpless to deal with. You can read more about this on Airportkiss.com

Other times, however, they may not be aware themselves what they are doing. For instance, as a little girl Sue felt defiant toward her parents who always pushed her to “do it faster”. At eight years old, the more her parents “pushed” her, the more she slowed down. This pattern became “etched” in her brain circuits.

At age 28 her husband says “honey, hurry up, we will be late for the dinner reservation”. Inside her brain, an alarm goes off reminding her of someone trying to control her again.As was the case before with her parents, she did not openly defy her husband or even admit she is angry toward him for his demands, so her mind goes into passive-aggressive mode without her realizing it. She finds herself running late while telling to her husband to deal with it because she is doing the best she can.

FIVE STEPS TO DEAL WITH THE PASSIVE-AGGRESSIVE PARTNER

Step 1- Could you be the problem?
The first step in dealing with the passive-aggressive partner is to ask yourself if you are unknowingly somehow part of the problem. Do you maybe create an atmosphere wherein it is easier for him/her to NOT be candid with you to avoid emotional pain or hassle? If so, the obvious solution is to find a way to have open communication with each other where you can both openly express opinions, feelings and thoughts without so much judgment, conflict or demands for change. Don’t turn you partner into a liar.

Step 2- Don’t be a victim of their passive-aggression
Once you have identified your partner as a passive-aggressive, don’t plan your life around their promises or commitments if they don’t keep them. If it isn’t too bad, (but irritating) just accept that they are passive-aggressive, instead of getting angry about it. BUT, then ALWAYS have a plan B when dealing with them, until trust rebuilds. If they don’t show up on time at important events, go separately and meet them there.Make the bank deposits yourself is they are unreliable in this regard. In public, don’t set yourself up so they can ridicule, denigrate, or make fun of you.

Step 3- Write things down on paper, as in agreements.
Couples aren’t used to writing down agreements they reach, but these can go a long way toward avoiding later conflicts in relationships, especially with passive-aggressives. This works especially well with things like home chore responsibilities, spending habits, and other family rituals such as meal preparation days, time spent daily to connect with each other, and understandings about what information about your relationship is â€œprivateâ€ vs being shared with relatives or close friends.

Step 4- Share feelings when you suspect your partner is being passive-aggressive
Let your partner know how you feel when they do something that bothers you or hurts you, instead of suppressing it or shoving it under the proverbial rug. They may not realize the effect their passive-aggressiveness is having on you. Be honest with them, so they have an opportunity to change their behavior if they elect to.

Say things like “I feel really hurt and unloved when you…”

Or, “I was humiliated and embarrassed when you got drunk and told everybody at the party about our sex life, like it was a joke”

Or, “I feel violated and untrusting toward you when you tell your parents personal stuff that I tell you, expecting that it will be held in confidence”.

Step 5 – Assertively consequences if they continue their behavior – then follow through.
If their passive-aggressive behavior is truly something you cannot accept, and you elect not to tolerate it, the next step is to make clear the consequences of their continued passive-aggressiveness. As an example, if your partner continues to overspend to the extent that they are ruining the FICO scores of both of you and propelling the family toward bankruptcy, you can insist on separate bank accounts, credit cards etc. Don’t just threaten, however – you must follow through in order to survive.

WHAT TO DO IF YOU ARE THE PASSIVE-AGGRESSIVE PERSON

What should you do if you are the passive-aggressive person and your behavior is threatening to destroy a relationship?
Acknowledgement of a problem is the first step toward solving it. Start by looking at your behavior. If indeed you have tendencies in the PA direction, vow to yourself to start being more honest in your communication with loved ones, even if there might be some painful consequences for you. If something bothers you about your partner or the relationship, deal with it up front instead of letting it fester and grow for a long period of time.

Instead of “getting even” with your partner because of the issue, try dealing with it in a mature loving way- start by talking about it. The strategy of “peace at any price” isn’t a good one because putting off “the talk” often just makes things much worse in the long run.

Giving up passive-aggression is often an issue in your character development. Like any character trait, you need to decide to change for anything to happen. Often this change is motivated by fear of losing something or someone you love – .like your partner or your family. Keeping this fear in mind often can propel you to communicate differently- less passive-aggressively and more real, genuine, and honest.

Remember, it is Ok to FEEL anger and hostility. All people in relationships do. The issue is how you deal with and communicate this natural anger. As a matter of personal growth, you will be much less passive-aggressive (and much less angry generally) if you acknowledge your anger and express it in healthy ways to feel better and to resolve conflicts.