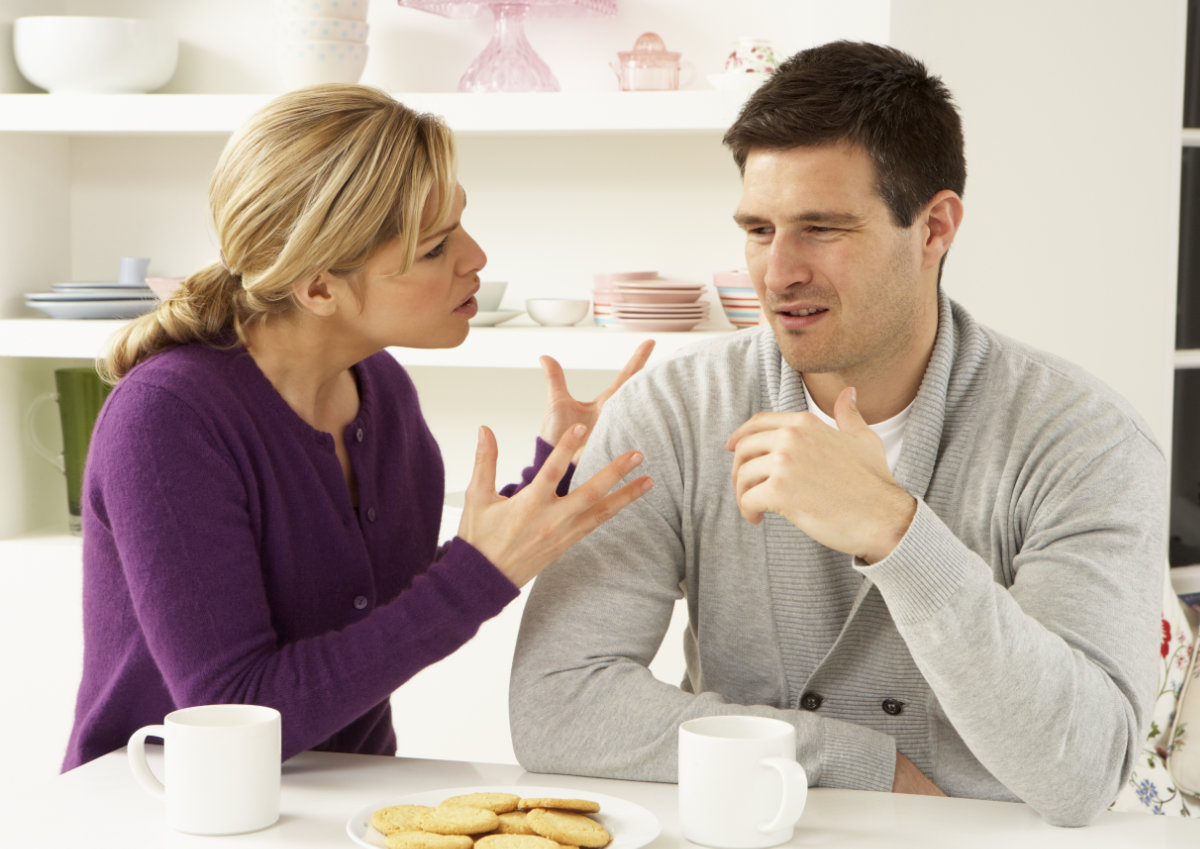 When I was a young psychologist, I recall a young woman in my practice who was very upset because men simply didn’t see her as very feminine and treated her like “one of the guys,” instead of like a “girl” as she deeply desired. I asked for an example of what she meant.”The other night we were having drinks in a bar and one of the guys said that I wasn’t very feminine,” she said.

“How did you react?“I asked her.

With a serious face she said, “I stood up, took a swing and knocked them all to the floor.”

Psychologists call this self-defeating behavior. In over 15 years of conducting anger management classes in southern California, and hearing hundreds of stories of relationship conflict, I have seen this pattern repeated over and over again. Partners need, want and deserve different things in a relationship, but go about getting it in the wrong way due to poor marital communication.

It’s like looking for a herd of buffaloes  in New York City, or convincing people who live in Antarctica to purchase air conditioners. It ain’t going to work.

Think in terms of Losing vs Winning Strategies
Married people often don’t step back, take a look at themselves, and ask if they are going about it the right way to have a loving and devoted partner, to feel deeply connected to their spouse, to reduce conflict, or to have a peaceful home with happy successful children. But, for good marital communication, having strategies to achieve marital harmony often separates successful couples from others. Successful couples regularly employ what we call “Winning Strategies,” while other couples unfortunately use “Losing strategies”, (which they often learned as children) yet expect good results.

To improve  marital communication, we begin a series of blogs on losing strategies regularly employed by couples in trouble, in the hope that you can improve your marriage by not using them in the future. Then, of course, a series of blogs will follow of winning strategies- those ways of communicating that are used by black-belts of relationship success. Full disclosure- This material is based  on the writings of famed therapist Terry Real in his book “The New Rules of Marriage”. I would highly encourage you to download his book and read it as soon as you can.

I was raised by the philosophy that there is a right way to do things, and a wrong way. This way of looking at the world certainly ensured a shared vision of things (it encouraged all family member to see things the same way) but it also stifled creativity and individuality. Instead of teaching us to consider “options” in how to deal with a problem or issue, we were taught that if “A” happens, then you handle it by doing “B.” If somebody tried a “C’, they were told they were wrong because, again, there is only one “right” to a problem or situation.

Of course, sometimes this IS true. The ‘right” solution to prevent tooth decay is to brush daily; the “right” way to have money in the future is to save it or invest it. The “right” way to stay healthy is to eat your fruits and vegetables, exercise, and don’t smoke.

But, other times it decidedly is NOT true. Or, in many cases there can be multiple truths – not “the” truth. People can have long lives eating meat or not. Heavy drinkers are not necessarily alcoholics. People who don’t go to college can still become  millionaires. Dishes can get clean in the dishwasher without pre-washing them. There are multiple ways to get to a destination in your car. Different people feel loved differently. Some people can change bad habits easier than others. Some children respond to tight discipline and tight structure much more than other children.

Children who are raised to believe in the right or wrong philosophy eventually marry other children who also believe this. So, why is this a problem?  They clash because they were taught different ‘rights’ and “wrongs” – and they were not taught to be tolerant of those differences – and they often certainly were not taught to embrace individual differences, nuances, and variety in our world.

Some partners go so far as to feel “disrespected” if their spouse does things their own way. For example, what sane person puts the glasses in the cupboard upside down to prevent dust from accumulating in them? Everybody know glasses go right side up but CUPS go upside down, Right? Or did I get that wrong?

The trick is to focus not only on the argument but on HOW you argue and communicate- in other words, focus on the process as well as the issue. Very hard to do in the heat of battle but this skill separates beginners from black belts in marital communication. It helps to remember that (1) subjective reality cam be different from objective reality, that (2) Words spoken can have different meanings for each partner, and that (3) Body Language conveys tons of information, regardless of the words you use.

Subjective vs. Objective Reality
What is the difference? Let me explain it this way: You and your partner are sitting in the therapist office and your partner says “It is cold in here.” You say,  “there you go–always complaining. Actually it is NOT cold in here- the temperature is 72 degrees.” Who is “right”?
Objective cold is not the same as subjectively “felt” temperature.If your partner feels cold, the reality for him or her is that it is cold in the office , regardless of the actual (objective) temperature. Would you argue like Perry Mason to prove your case that your partner is crazy and that it is NOT cold in the office? I grew up in a home where that is exactly what happened – which typically then caused a major argument.

The truth is, most of the time nobody cares if you are factually (objectivity) right or not!

I recall the case of  Mike and Ann who fought about everything. Mike was incapable of understanding this idea that partners can perceive things quite differently. To test him, we did the following dialogue:

Therapist: “Mike, what is the color of that lampshade over there?”

Mike: It is beige.

Therapist: “Ann, what color do you think it is?”

Therapist to Mike: “Mike, why do you think Ann sees it as Brown and you see it as Beige?”

Mike: “Because she is lying.”

What are you going to do with a person who thinks that way?

“I know that you believe you understand what you think I said, but I’m not sure you realize that what you heard is not what I meant.”

? Robert McCloskeyThe remedy here is to be sure to clarify what you mean by the words you use.Example:

45 year old Sam to Therapist: “We only have sex  once a month. Last time was 4 weeks ago- on a Saturday night.”

Sam’s Wife to therapist: “That is simply not true. We had sex just 3 days ago. Tell the therapist the truth.”

Sam to wife and therapist:” That wasn’t REAL sex – that was only Clinton sex.”

Finally, remember that your body language conveys more meaning than do your words: What does your voice tone communicate? Your voice volume? Your facial features? Your general tension level? All these forms of communication are being “picked up” by your partner regardless of what your words say. Monitor yourself when you are talking to your partner for an appreciation of what you may be communicating to them with your body language.