Home | New Discernment Counseling for Couples On the Brink 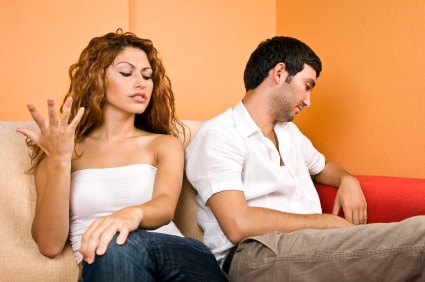 Up to 40% of people who divorce wish they hadn’t done so. Yet, many of these people say they tried “everything”,including couples therapy, but to no avail. Why doesn’t couples therapy,even done by experienced and competent therapists prevent breakup more of the time?

One reason is that both partners and the therapist often don’t have the same agenda. Recent research in Minnesota by Dr. William Doherty shows that up to 30% of couples coming to therapy are “mixed-agenda” couples where one is leaning out of the relationship and is reluctant to work on it, and the other wants to save the relationship

That means that only two people in the therapy room really are willing to work hard to save the marriage or relationship: the therapist and the “leaning in” partner. This is known as a “mixed-agenda”; in other words, everybody is not on the same page as it may appear on the surface. So, therapy starts with one of the therapist’s hands tied behind his/her back. If the therapist tries to persuade the “leaning out” partner to to stay in the marriage, they are immediately at odds with each other.

As an alternative, Dr. Doherty has developed a protocol called “Discernment Counseling” (http://www,discernmentcounseling.com)as a precursor to either divorce or couples therapy. You can get a family mediation lawyer, to have it court order to go through family counceling. Its goal is NOT to fix the marriage but to discern if the marriage can be fixed. Its like receiving a medical diagnosis that requires extensive treatment. Before taking the treatment you have to decide if you want to or not, considering effort involved, side-effects of the treatment, cost, etc.

Discernment Counseling provides different services to the mixed-agenda partners who have different needs. For the “leaning out” partner, discernment counseling helps them make a decision based on deeper understanding of the relationship and their role in its problems and potential future. Even if they leave the marriage, this understanding will help them in future relationships.
For the “leaning in” partner, discernment counseling helps them bring their best self to the relationship and to learn to relate differently so as not to continue to make things worse by well meaning but futile attempts to save the marriage.

Discernment counseling is time limited from a minimum of one two-hour session to a maximum of five sessions. At the end of the process, the couple will decide on one of three paths they are going to take:
Path 1- Continue as things are now
Path 2- Pursue divorce or separation
Path 3- Fully participate in couples therapy and other interventions for a period of six months with divorce or separation off the table.

Having a clear decision as to what path you are both on will give both partners much more clarity and confidence in a decision about the future of your relationship,based on a deeper understanding of what’s happened to your relationship and each of your contributions.